As Big Brother 15 slowly approaches it’s  inevitable summer season end… I should start figuring out what NEW shows will be starting soon – and if they are worthy enough to be added to my TV watching schedule.

The Blacklist: I’m just not interested.  James Spader is great – it’s just not my kinda show.

Sean Saves The World: I don’t think this will be on my line up, unless there is nothing else on Thursday.  It reminds me too much of The New Normal, which I invested my time into and it was cancelled.  I think I’ll have a difficult time picturing Sean Hayes anything but his character from Will and Grace, and then when he ISN’T Jack from Will and Grace I’ll be disappointed.  I’m feeling pessimistic about this one.

The Michael J. Fox show: My mom LOVES Michael J. Fox.  I might just watch this because I know she will and then we’ll have something to chat about.  MJF worked/works as a news anchor but stopped and has Parkinson’s Disease (and does in real life).  It reminds me of the local meteorologist we have in our town who has MS and still does the weather.  His hands tremble and his speech is affected but no one is bothered by it… he’s an inspiration!  And I think this show will probably make me cry with happiness and remind me to appreciate the little things and to really love the people I love.

Ironside: No interest in another NYPD show.  Only interesting thing I have to say about this is Michael Caleo is an executive producer / writer and he was a writer for The Sopranos (and was nominated for an Emmy).

Welcome to the Family: Ummm Mike O’Malley is a funny guy… but the plot… young pregnancy before marriage and an unhappy dad that will obviously will fall in love with the idea later (this hits close to home for me)…  will I find it relatable and funny?  Or will I find it inaccurate and annoying?  I’m thinking the latter.  I don’t think this show will last long enough for the babies to be born, which is fine because then the plot falls apart anyways.

Dracula: Vampires were SOO 4 years ago.  Over it. 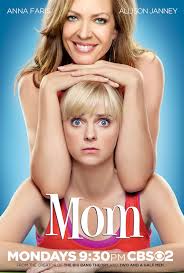 Mom: A Chuck Lorre comedy… I love Allison Janney (ever since Juno).  But this show will probably be ridiculous… and I don’t think I’ll watch. 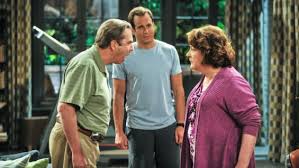 The Millers: I’m going to go out and say it right away… Will Arnett = Gob… and NOTHING can top Gob.  Just STAY GOB!  Running Wilde, Up All Night, and now The Millers… I do not want to say it but I think we’re doomed for another failed sitcom.  (However the mom, Margo Martindale, seems to be pretty funny from the previews).

The Crazy Ones: Uhhh… Robin Williams… returning to television… I was JUST thinking, where has Robin Williams been?  And BOOOM the TV genuineness snag him for a new TV show with…. WHAT!  Sarah Michelle Gellar (another disappearing act).  Yeah, I’ll be watching this…. pretty much because of the two MAJOR stars.  I just can’t imagine this pair wasting their time on a flop… it’s gotta be good, right?

Back in the Game: Isn’t this sort of like Family Tools?  Except it doesn’t have Leah Remini in it.  My kids are going to grow up at the softball fields (they play pretty much every day of the week seriously)… but does that draw enough interest for me?  There are SO many shows about a single mother moving back in with their parent’s.  I just don’t think this is going to be a home run (haha get it…).

Betrayal: Ohh another one word named sassy drama… like Scandal, Revenge, Mistresses… It comes on Sunday at 10 PM… maybe I can get into it… maybe it’s just on too late.

The Goldbergs: I want to love this… I really really do… and Wendi McLendon is hilarious… I just think this show could fizzle out quickly once they run out of 80’s jokes

Super Fun Night: I 100% want this to be the best show ever… BUT… how much fun can Rebel Wilson be over and over… will I O.D. on her funniness after 4 episodes and say… ugh I have a Rebel hangover and I want out.  I will REALLY give this show a shot – I am expecting some laugh so hard I’m peeing moments… so if it’s anything less I’ll be disappointed.  That’s some high expectations.  (Wouldn’t this make a better movie than tv show?)

Lucky 7: Why do they have to win the Lottery… why can’t it just be about 7 people who work at a service station in Queens…. maybe I’m weird but I’d like that better.

Trophy Wife: I thought this was a movie?  Eh maybe I’ll watch it… I do like Marcia Gay.

Almost Human: I started reading the descrip of this and I nodded off.  Not a good sign.  So it’s the year 2048 and he’s a cop and he was in a coma after a catastrophic snooooorrrrree.  Am I the meanest?  Sorry, it just takes a lot for me to get into any sci fri…. for some reason I decide it’s too much effort for me to imagine the future with androids and ridiculous technology. 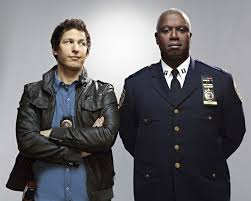 Brooklyn Nine Nine: I want to want to see this but I don’t.  It just looks like a rip off of Reno 911?  But I LOVE Andy Samberg!!  This show has a really good chance I watch it since it’s right before New Girl.

Dads: Old man/young bachelor man humor.  Inevitably they get gfs and their dads or sons cramp their style?  idk I’m just not that excited about this one.

Enlisted: I have no interest in this exceppptttt… they are extremely hot.  Sold.  (am I shallow???)  Parker Young was my favorite part of Suburgatory… and now he’s in camo?  Enlist me in Enlisted!!! (I’m hilarious right?  Maybe I’ve been reviewing too many shows in a row that I’m deliriously writing nonsense… is anyone still reading this blog post?)

Us & Them: who doesn’t love Rory from Gilmore Girls??  Except her MOM from Gilmore girls, Lorelai, DATED Jason Ritter on Parenthood…. it’s a little weird… if you followed all that…. then you understand..

That’s all I’ve got for now…. as for the regular season shows I’m pumped to have back on…. Modern Family, The Neighbors, New Girl, The Mindy Project, Nashville, The Big Bang Theory, Parks and Recreation, and Parenthood.  (I’ve given up on Glee … yeah I admit it… no more Glee…. oh and Grey’s… they’ve been out of my life for some time now also ).  I might watch Survivor this season…. and Dancing with the stars… who am I kidding.

NF: I took this picture this morning… I like to think he wasn’t too keen on the bright yellow plaid overall shorts outfit I put him in, but he really doesn’t seem to care what he’s wearing.  He looks arodable though.  Ohhh baby boy!!  Don’t grow up on me too fast!

Target Whale Soap Dispenser: I got this on sale at Target for $10.  I’ve been eyeing it for a while now.  It’s super cute, and my soap dispenser I bought at a craft fair for $25 broke!  I know this isn’t sophisticated adult, but it’s blue and totally matches my bathroom and I love it’s whimsicalness!  The way the soap comes out is great too.  I’m REALLY loving this!

JP Morgan Corporate Challenge: I ran my first race last night!  3.5 miles in 40:45 – pace 11:39 min/mile.  Not too bad for my first… this will be my time to beat now.  I didn’t really know what to expect – or how far I had left to go… but now I know what 3.5 feels like in a race and I’m excited to try again.  I understand why people like doing it – I felt so accomplished going across the finish line.  And everyone was so happy and friendly.  It was like a big party! 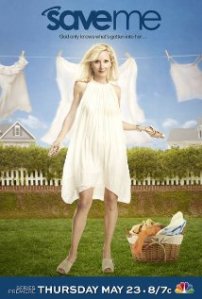 The TV Show Save Me on NBC: I decided to watch this show as part of my I’m totally trying it June edition.  And I like it.  It’s about a lady who just recently started to think she’s channeling God.  It’s funny, and every episode has a lesson, and I like that, it gets me thinking.  I know it’s a summer show they taped and now are cranking out the episodes and it’ll likely never have another season… but I hope that it does!  NBC, I’ll surely watch! 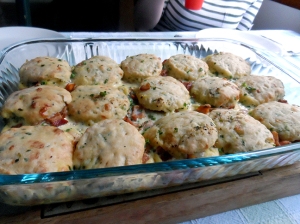 Clinton Kelly’s Bacon Egg & Cheese Cassarole: My sister made this recipe again for Father’s day.  You can see where she made it for Mother’s day here.  This time she made the biscuts bigger.  Either way is good – it all depends what you want.  This is becoming a family favorite!

In honor of The Office finale yesterday, I have decided to flash back to March 15, 2008.  It’s the St. Patrick’s Day parade in NYC… and my roommate J and I stopped to have our photo taken with Michael Scott and Dwight Schrute bobble heads that look like giant ghosts in the background.  I thought it was a strangely perfect flash back for today.  So long Dunder Mifflin.

I previously predicted the order in which the celebrities would leave.  To my big suprise… no celebrity has quit on their own yet (which happens a lot).

This is what I guessed….

This is what’s REALLY happened so far….

mmmm not really getting them right so far… but the people I have in the final 5 are all still there!

After knowing who is off first because the internet can’t keep a secret THIS is my prediction order list of “you’re fired” (or I quit, which happens SO much on that show)…

ANOTHER TV child I totally love is Shania Clemmons from The New Normal.  Her character reminds me a little bit of Olive Hoover from Little Miss Sunshine.  Shania, like Olive, has an awesome name and bold glasses.  She has the best lines in the show, she’s my favorite part.

Here is a list of Television shows I stay up to date on (I watch the day it airs or within a day or two).  Tell me what you watch and what’s your favorite.

Don’t Trust the B in Apartment 23

Best part of TV last night was Octavia Spencer guest stared as herself on 30, playing the lead in Tracy’s Harriet Tubman movie.

“I got to go home and feed my eels.  They’re not electric, but I have a plan.”